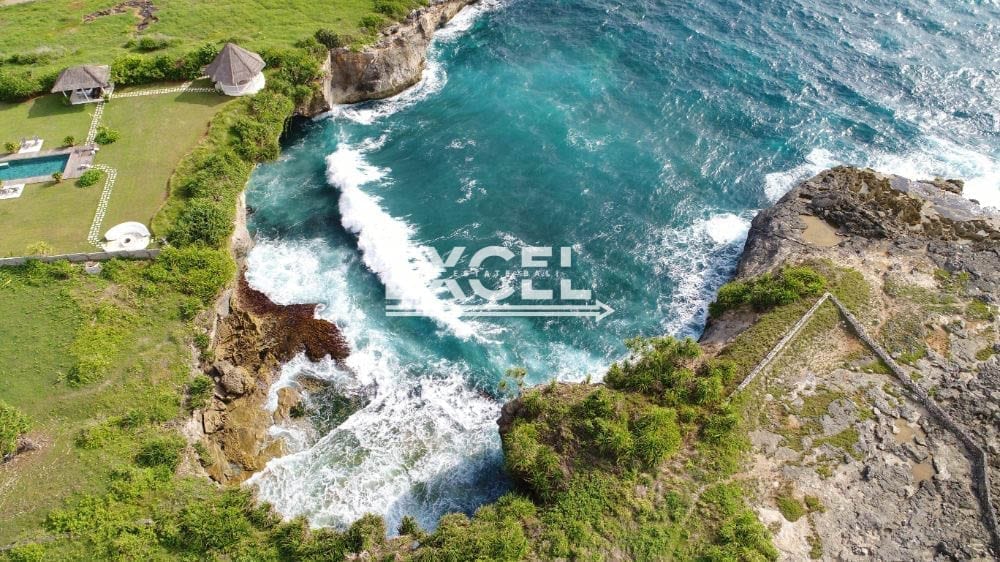 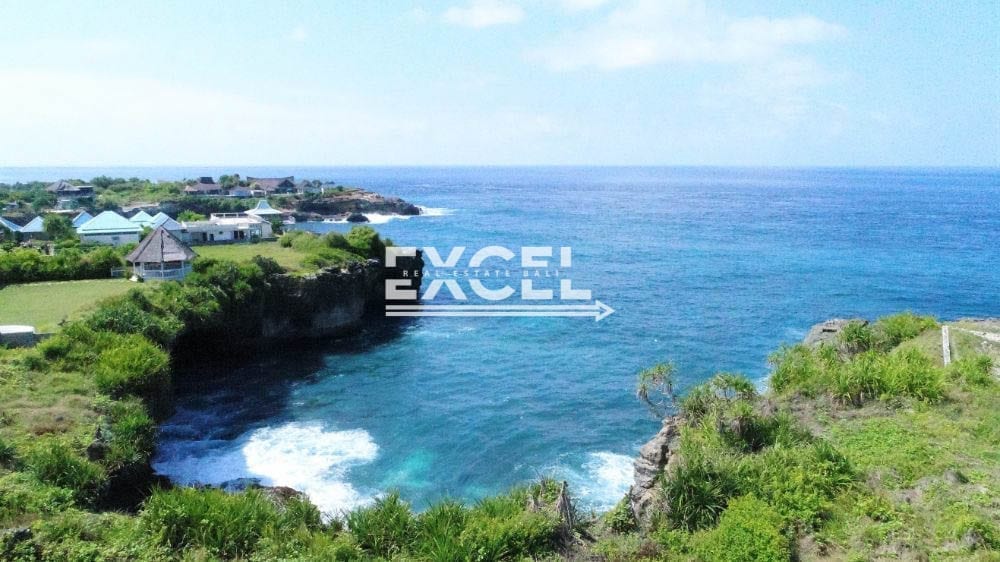 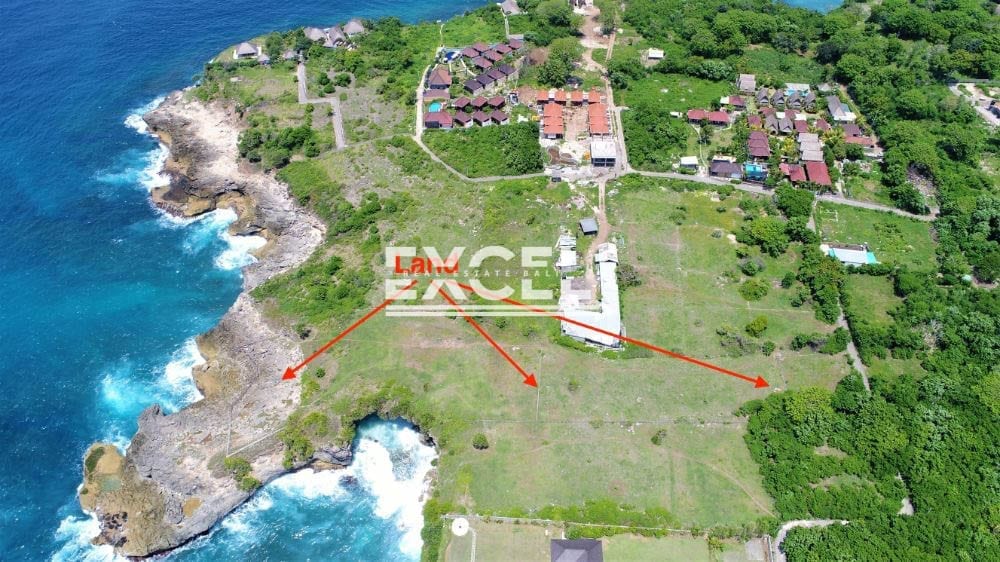 This special plot of land on offer on the western side of the island is an absolute peach with potential plus.

Beginning at Sunset Road, the lot is relatively narrow and runs for a good couple of hundred metres widening out as it goes, before hitting the cliff front and wrapping around a beautiful little cove called Dead Pool (Don’t let the name put you off!).

Sensational development site for an exclusive restaurant/cocktail bar/beach club combo that would sit beautifully cliff edge perched around this particular cove and with more than ample frontage to do so. And more than ample land left to build multiple pavilion rooms/villas or a substantial hotel whether single level or up to 3 levels high.

Lovely views down into Dead Pool Cove itself, views of the deep blue ocean and of course the mesmerising sunsets being west facing.

Long lease end 2059 plus an extension as well which is absolute gold on Lembongan these days with the island land owners generally only offering 25 or 30 year leases maximum on properties.

Also adjacent is 4000m2 of freehold vacant land running to the cliff front available to purchase making a huge 9545m2 giving rise to any development options.

Excellent access directly to the rear of the plot, the popular Sandy Bay and Dream Beach only minutes away and in the opposite direction and not much further Mushroom Bay.

Enquire About This Property Incredible Opportunity to Own 69.20 Are Land in Nusa Ceningan with Panoramic Views of Nusa Lembongan Beachfront 33,05 Are Freehold Land for Sale in Nusa Ceningan